TunnelBea VPN is a VPN provider headquartered in Toronto, Canada. Its parent company is the famous antivirus company McAfee.

TunnelBea VPN provides users with both free and paid subscription services. TunnelBear’s free VPN provides free servers in 23 countries. With the help of these free servers, TunnelBear Free VPN can unlock most geographically restricted streaming media, audio, video and files in the world.

For VPN novices, TunnelBear Free VPN is a good choice. It is very easy to use, TunnelBear provides free servers in 23 countries / regions, and has a good connection speed.

And TunnelBear only has servers in 23 countries. Compared with other top VPNs, its server network is much smaller. And TunnelBear can not unlock the restrictions of streaming media such as Netflix. If you are a streaming enthusiast, you can visit TunnelBear ’s best alternative:

However, they will collect the user device operating system version, TunnelBear APP version and used bandwidth. TunnelBear stated that their main purpose of collecting users’ logs is for operations (TunnelBear Free VPN limits 500MB of traffic per month).

In addition, TunnelBear is headquartered in Canada. As we all know, Canada is one of the five-eye alliance. Therefore, for people who value privacy, this may be intolerable.

In order to verify whether TunnelBear will leak IP and DNS, we have conducted multiple tests using professional tools. The test result is that we found no IP leaks, no DNS leaks, and no WebRTC leaks.

Does TunnelBear VPN Have Kill Switch?

VigilantBear’s role is similar to Kill Switch, which means that when the user’s network connection is accidentally disconnected, it will protect the user’s privacy and online data from being leaked. VigilantBear can be used on Windows, macOS and Android.

Does TunnelBear VPN Have Split Tunnel?

Does TunnelBear VPN Have Ad Blocker?

TunnelBear has an ad blocking function, but this function is not built into the APP, but a separate program.

This feature of TunnelBear is particularly useful in countries such as China, Iran and Saudi Arabia. If you are in China and are looking for a VPN suitable for China, please visit: Best VPN For China

Does TunnelBear VPN Work With Streaming?

Does TunnelBear VPN Work With Netflix?

If you are a fan of streaming media such as Netflix, BBC, Hulu, then the following top VPNs will be your best choice:

All servers of TunnelBear support P2P.

Although all of TunnelBear’s servers support seed downloads, TunnelBear’s customer service recommends using their servers located in the United States, United Kingdom, Canada, Netherlands, Germany, Sweden, and Romania, because these servers are specifically optimized by them to provide users with relatively stable Connection.

Is TunnelBear VPN Compatible With My Device?

If you are a VPN expert and want to use VPN on routers, game consoles, smart TVs and other devices. TunnelBear may disappoint you.

TunnelBear has servers in 23 countries around the world. This means that whether you are at home or traveling abroad, you can find the server closest to you to enjoy the fastest connection.

Although TunnelBear does not have a huge server network, it is sufficient for most VPN users.

If you are looking for a VPN with a huge server network, PureVPN (180+ countries), ExpressVPN (94+ countries), NordVPN (62+ countries) and Surfshark (60+ countries) will be the best alternatives to TunnelBear.

It is worth noting that TunnelBear does not support surrender guarantees. Therefore, we recommend that you use TunnelBear’s free VPN as much as possible.

You can download TunnelBear for free from a variety of sources. Downloading the app for each platform from TunnelBear’s website is the easiest and straightforward. The download address is as follows:

Unfortunately there is no TunnelBear Linux.

Can TunnelBear VPN Be Used in China?

TunnelBear can be used in China.

TunnelBear’s GhostBear function can mask the fact that you are using a VPN, which is useful for bypassing the Great Wall firewall in China.

However, the Great Wall firewall in China has been upgraded, and it is not known whether TunnelBear can still be used in China in the future. If you are a Chinese VPN user, you can use Astrill VPN as an alternative. Astrill VPN has always been one of the best VPNs in China and is very stable.

If you have high requirements for VPN, then we recommend that you use the following top VPNs:

Limited Time Offer: Ivacy VPN: $1.16 Per Month (88% OFF) Hurry up! What Is Private Interne…
END_OF_DOCUMENT_TOKEN_TO_BE_REPLACED 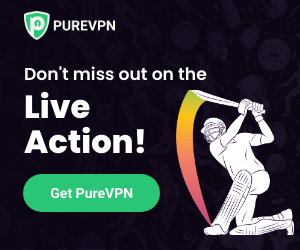